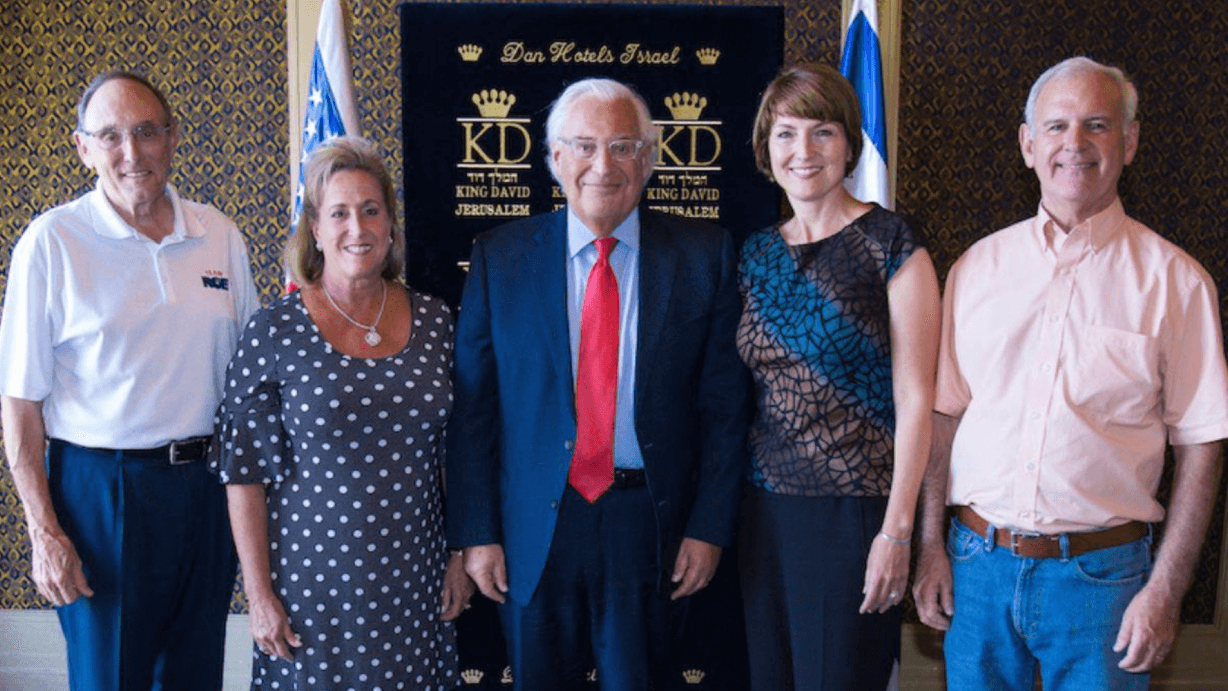 Having just returned from the US Israel Education Association (USIEA) 2019 Congressional Tour, I thought it important to share with you some reflections on this truly groundbreaking trip.

1. Introduce the Members to what is taking place on the West Bank (Judea Samaria) when it comes to the Integrated Business Initiative between Israelis and Palestinians. As many of you know, USIEA has been involved in developing, funding and promoting this historic breakthrough initiative. Their experience was highlighted with visits to the Barkan Business Park complex where the Members toured a large factory and met with every level of leadership as well as workers on the shop floor. This business had both Israelis and Palestinians in leadership positions and the same mixture could be found at every level of the employees.

The Members were encouraged to seek out both Palestinian and Israeli employees and get a first-hand view of the effectiveness of the Integrated Business Initiative. Those conversations were extremely telling…the Palestinians expressing overwhelming support and satisfaction at working with and under both Palestinian and Israeli leadership. They decried the BDS (Boycott, Divestment, Sanctions) movement, indicating that it did not just hurt Israel but also hurt the Palestinians…shutting down many much-needed jobs. It should be noted that those Palestinians working in the Integrated Business environment receive the same benefits as their Israeli co-workers and make approximately four times what they would make working in strictly Palestinian businesses. Simply put, the Palestinians were overjoyed working with Israelis and wanted “their truth” to be told…not the “media’s truth.”

2. Introduce the Members to the Judea Samaria Chamber of Commerce and the remarkable strides that organization is making within the Integrated Business scenario. The Chamber is led by Mr. Avi Zimmerman and Sheik Ashraf Jabari and is comprised of some 250 Israeli businessmen and 250 Palestinian businessmen. This grassroots effort to bring peace and prosperity to the West Bank is remarkable to see. Simply put, the impetus of the organization is found in the desire to have both Palestinians and Israelis live in an environment where food, water, shelter, education, work, and safety are available to all. This effort has been recognized by both the Israeli and U.S. Leadership and is supported by both.

One of the historic moments of the tour was when Members of Congress crossed into Palestinian Hebron to meet with both Avi Zimmerman and Sheik Ashraf Jabari at the Sheik’s home. This was the first time a Congressional Group had ever made such a trip to meet in a Palestinian leader’s home. The meeting lasted for over an hour and a half and was attended by 5 prominent Palestinian business leaders. Of great importance is the fact that each of the Palestinians is risking their own safety and safety of their families by going against the Palestinian Authority. That organization is dead set against seeing Integrated Business succeed as it repudiates much of the propaganda that they seek to pass off as fact.

3. Introduce the Members to the National Leadership Center. This Center, started and partially funded by JH Israel, is dedicated to providing Israeli youth with a solid foundation of leadership principles and values based on the lives of some of the great leaders of the Old Testament. On the day the Members visited the Center, they saw Arab Christians going through the experience. The day before, the Center was filled with Ethiopian Jews going through identical training. Since the Center opened, over 60,000 young men and women have gone through the course and the Minister of Education has officially sanctioned the course and is funding students to attend. This is a huge step forward in the development of future leaders for Israel. At the present time, a new course is in development that will bring a parent and child to the Center to undertake an experience together, centered on strengthening the family.

4. Provide an opportunity for the Members to meet with Ambassador David Friedman, U.S. Ambassador to Israel. The Members met for almost 2 1⁄2 hours and engaged in a give and take that encompassed all the major issues facing the U.S.-Israel relationship. A significant amount of time was spent on the Integrated Business Initiative and it was obvious that the Ambassador felt that this initiative was critically important as it was a grassroots effort – not something being driven top-down or something that was dependent on borders or lines on a map.

5. Provide Members with the opportunity to meet Prime Minister Netanyahu. The Members met with the Prime Minister for almost 11⁄2 hours and had a wide-ranging discussion of the issues facing the State of Israel. A significant amount of time was spent on the threat posed by Iran – a threat posed to most countries in the region.

6. Provide the Members with the opportunity to visit many locations that are not necessarily part of a typical Congressional Tour. The Members were able to visit technology companies – companies focused on border security, cybersecurity, and autonomous automobiles. They had the opportunity to visit a missile defense battery that employs two of Israel’s latest missiles, the Arrow III and David Sling. They also visited the Golan Heights and gained an understanding of the strategic importance of that geographic feature to the security of Israel.

Bottom line: This was a very important trip and one that was hugely successful. All our goals were met and, to be honest, these goals were exceeded.

Giving Congress a New Perspective on Judea and Samaria