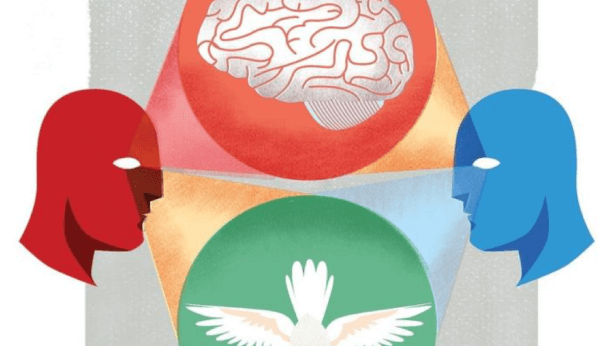 As a young Marine captain commanding a rifle company in Vietnam, I had the opportunity to have Israel’s legendary Gen. Moshe Dayan join my unit for a week. At one point we were located 1,000 meters south of the Demilitarized Zone and he asked me why the Marine Corps was fighting in the mountains so far north. I answered him by saying, “This is where the enemy is.” To this day his answer is emblazoned in my mind and on my soul: “Yes, but the people are not here, and they are key to victory; without the support of the people, you are doomed to fail.”

Gen. Dayan’s insight rings as true today as it did then. Fortunately, it is not too late to employ his wisdom as we begin to rethink our approach to the Middle East under President-elect Donald Trump. In its attempt to divide Israel much as Germany once was, America’s antiquated policies have enshrined Cold War diplomacy in a region that copes with far more complex challenges. Prime Minister Benjamin Netanyahu has indicated enthusiasm for the new administration and might well be receptive to different approaches.

Fortunately, there may be a viable path forward — one that captures Gen. Dayan’s vision of popular support by uniting people instead of dividing them. It is a path that can be found in the education of today’s youth and the development of opportunities for them to work interdependently. That path forward can be found working in the city of Ariel located in Samaria. Here we see a “new” model that has generated some very encouraging and unexpected outcomes: a city with a university, a medical complex, an industrial region where 3,000 Palestinians are employed, and the National Center for Leadership (NCL).

The NCL is a unique experimental learning environment attended by more than 43,000 Israeli and Arab young people during its first four years of operation. There, historically toxic relationships are changing, as long-held fears and suspicions between Arabs and Jews are being supplanted with shared goals and adventures. Trained facilitators set up challenging problems that invite participants to evaluate and develop their relational leadership skills.

Naftali Bennett, Israel’s minister of education observed, “The National Leadership Center in Ariel is preparing a new generation of leaders, by providing a staging ground for personal growth and the uniting of relationships in an ever-changing and challenging environment.” This next generation of youth who are growing up to understand and appreciate differing cultures and religions are the very “people” that Gen. Dayan signaled were so important.

Additionally, in 2011, the U.S.-Israel Education Association, a small, special forces-sized nonprofit, shattered the glass ceiling on U.S.-Israel engagement by unabashedly exploring the communities of Judea-Samaria/West-Bank with members of Congress. This entire area is central to the issues involved in U.S. peace initiatives. These visits have provided and continue to provide our leaders with a firsthand opportunity to discover the effects of U.S. policy that often appear to the people as attempts to predetermine the outcome of would-be negotiations. As these members visit Ariel and see the remarkable changes that are taking place between Arabs and Israelis in that city, they come away with a vision of what can truly be achieved.

Forcing two peoples to adopt a paternalistic policy that has its origins in the Cold War has proven to be a nonstarter. What’s more, maintaining the status quo will very likely do little but incite fresh violence among deeply impressionable young people that will, in turn, produce an angry generation fueled by a culture of retribution.

There is a saying in the military that one cannot defeat an idea with bullets and bombs; one can only defeat an idea with a better idea. Perhaps that better idea is already being formulated in Ariel. I would hope that our new administration would take a fresh look at options other than the one that has been on the table for decades.

The tech ecosystem in Judea and Samaria